Building for the Future

An edited version of this piece appeared in The Stage newspaper on 3rd December 2015.

When we talk about theatre buildings, there’s often a tacit assumption that they’re expensive; that almost as soon as they’re built, theatres metamorphose into black holes sucking cash and resources out of the theatre ecosystem. The expense of maintaining the physical presence of a building in good working order increases exponentially the older it gets, while even the most well thought out architectural and logistical design is likely to become passé and outdated in a decade or two. The nature of theatre and performance continuously evolves, but the buildings that house it are fixed in time, often struggling to meet the needs of the most cutting edge productions.

It’s not just the buildings themselves that cost money, but the bureaucratic infrastructures that grow up inside them; teams of staff dedicated to ensuring the building’s continued existence, maintaining it, managing its’ resources, marketing its’ products, building its’ audience and fundraising to keep it all afloat. Add to that the national insurance and benefits costs associated with running a staff and the numbers grow alarmingly quickly.

Once a team of staff is in place to run a theatre building, the pitfalls of bureaucracy and politics can begin to creep in; habitual inefficiencies and systemic failings become ingrained in institutional culture and compound over time while the bigger the organisation gets, the harder it becomes to implement effective change. Soon the organisation resembles a huge, inefficient, oil tanker, incapable of altering course quickly enough to respond to any sudden change in circumstances.

It’s not surprising that so many in the theatre industry harbour a quiet resentment of the amount of public and philanthropic money diverted into theatre buildings both new and old. Most people working in the performing arts do so on a self-employed basis, often on low pay, often subsidising their own work through countless unpaid hours. Even when working for larger scale building-based organisations, many freelance makers tend to receive significantly less favourable employment terms than their salaried counterparts, while the practice of exploiting unpaid assistant directors and interns often goes hand in hand with maintaining a substantial budget line for press night fizz.

Similarly many small, building-less arts organisations survive from project to project by utilising smaller scale grants in astonishingly efficient and inventive ways. These nimble companies, adept at surviving in spite of the odds are often much better placed to respond quickly to contemporary events and cultural shifts and, used to operating on tiny budgets, often have more efficient and sustainable business practices.

As the effects of Tory austerity continue to bite at the arts ecology, it is the small companies and self-employed, freelance and independent artists that are most quickly and negatively affected as commission and performance fees shrink, while employment periods for freelancers are squeezed to reduce the bottom line. It’s an economic climate that risks killing off the very roots of our ecology as skilled practitioners leave the industry for more sustainable wages elsewhere.

The disparity of economic and cultural status between building based organisations and more nimble peripatetic ones fosters a sense of almost feudal hierarchy within the industry that risks stifling innovation and cultural cross-pollination. In such a context, it is becoming increasingly difficult to make a morally robust case for new or increased public investment in new theatre buildings, especially in existing cultural hubs like London and Manchester.

But to unilaterally demonise the existence or creation of theatre buildings themselves would be a mistake. At their best, theatre buildings are repositories for the cultural voice of their community, holding immense specialist knowledge and valuable creative equipment and resources for the greater good. Many building based organisations provide massive support for local theatre makers and produce work that is unique to the concerns of their local audience. They are community hubs providing training and education opportunities to people of all ages, they’re cultural flagships capturing the voice and identity of a particular region and they’re welcoming homes for important touring productions helping shape our national cultural identity. They’re comfortably glamorous cultural palaces to go to for a special night out and the local, welcoming voices for the first introduction to the theatre. They give a sense of permanence to town centres wracked by economic storms and are a bridge between classes and generations. They’re trusted and unchanging edifices at the heart of a town and long standing repositories of civic pride.

Our theatre buildings are important. In our struggle to keep the arts afloat, we mustn’t forget the value of their permanence; a lasting reminder of the ephemeral wonders within. Rather than a blanket reduction in buildings-based investment, we should perhaps consider building-development as vital and important to our ecology as artist development and R&D. By applying a more unified and strategic approach to the nation’s theatres we could increase efficiency without significant additional costs. By encouraging and measuring efficiency and organisational renewal we can drive out obsolete methodologies and systemic failures. By working with local planning authorities, the Arts Council could better regulate the spread of theatres across the country to avoid over investment in areas where there is already a glut of cultural provision. While incentivising ongoing strategic maintenance and improvement of existing theatre buildings, would ensure a national portfolio of cultural hubs that will continue to be fit for purpose for generations to come without the need for so many expensive capital projects.

Perhaps most importantly we need to change the way we think about and evaluate theatre buildings to include a clearer understanding of how their costs are mitigated by benefits to their local community and the wider cultural ecology. While it would be foolish to think that the myriad benefits of a theatre building’s physical presence in a community can be measured in simplistic economic and instrumentalist terms, those we can measure can help make the case for continued funding in a particular building.

How would attitudes to public subsidy for theatre buildings change if for every pound of subsidy received, that organisation was required to prove that it had given at least 50p of in-kind support to non-building based companies or artists? Or if the organisation was required to demonstrate how it had shared the tangible resources (rehearsal space, lighting and sound equipment, knowledge and skills) within its walls as widely as possible? Increasing the incentives for buildings to act in as generous and outward-looking ways as possible, would guarantee a wider spread of key resources to companies of all sizes, foster sustainable local arts communities beyond the major urban centres and create a permeability in the barriers between building staff and the outside world which would encourage innovation, professional responsibility and transparency.

The theatre ecology is changing and as funding pots shrink, we must find ways to share resources rather than hoarding them behind impermeable walls. If the subsidised arts are to survive in the long term, we need to find ways to help small artists and companies access the institutional knowledge and resources in their local theatre buildings while creating systems to help building based organisations evolve more flexible, efficient and altruistic methodologies. 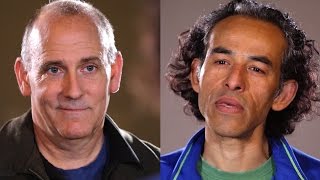 Want to be in our new show?